Summary of the Article 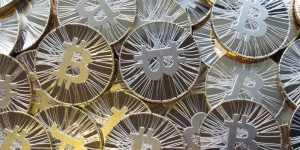 In a court filing submitted this week, the company’s American lawyer has asked a federal bankruptcy court in New York to recognize Tibanne’s ongoing bankruptcy proceedings in Japan. If the request is granted by a judge, it would pause current legal action being pursued against Tibanne in the US—including a contract dispute with Coinlab that dates back to 2013—until the bankruptcy in Japan is resolved.

The company, which was founded in 2009 in Tokyo by Mark Karpeles, a French tech entrepreneur, acquired Mt. Gox from its American founder, Jed McCaleb, in 2011. Today, Tibanne is a 88 percent owner in Mt. Gox with McCaleb retaining a 12 percent stake. Karpeles no longer has control of the company—it is in the hands of a Japan court-appointed bankruptcy trustee.

Mt. Gox, which was once the world’s largest Bitcoin exchange, suddenly shut down in February 2014 after weeks of sustained DDoS attacks and “transaction malleability” problems, which led the company to halt withdrawals entirely.

“Tibanne has extremely limited liquid assets at this time,” says to the filing. “Whatever limited funding it received from MtGox or otherwise was largely used to pay a retainer to its attorneys that is held in a New York account for purposes of filing this request for recognition and provisional relief. Tibanne therefore cannot retain attorneys or other professionals necessary to defend or pursue actions or claims.”

Besides running Mt. Gox, Tibanne acted as a Web hosting company, but the filing also states that it is “winding down that business.”

“That’s the end of the business,” Karpeles told Ars. “We’re just cleaning up and then trustee will sell all assets.”